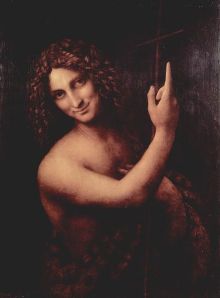 most challenging things about being an artist (this is one of the major themes of my book Broke is Beautiful) is that the yardstick by which society tends to measure success seems not to apply.  That is to say, artists who measure their success in terms of money or social status s are likely to be miserable.

Money and artistic success simply do not go together like a horse and carriage.  Some rare artists achieve worldly success in their lifetimes, but not many.  If you read biographies of the writers, musicians and painters we most admire from the past, they are nearly always full of money struggles.  Some of the most renowned artists actually starved to death and even those who earned respect and support while they lived were often plagued by feelings of failure in direct proportion to their artistic ambitions.

Case in point, Leonardo Da Vinci, who is featured in the current Failure Magazine:

Author Ross King tells Failure that “It’s amazing — and poignant — to think that Leonardo did consider himself as something of a failure. He didn’t believe that he had achieved everything he might have done. His notebooks have a repeated refrain: ‘Tell me if I ever did a thing.’  We have to remember that when he died in 1519 the Mona Lisa and most of his other paintings were unknown to the world at large, that The Last Supper was already fading, and that his notebooks — with their studies of anatomy and flight — were unknown to everyone but a handful of his friends.”

This is the part of my article where the moral of the story should be.  Here’s the thing, I don’t know what the moral of this story is.  That your talents may be posthumously recognized is not a great deal of consolation when you’re trying to find something to eat.  How do you know if you are creating work that justifies putting up with reduced circumstances?  You don’t.  You never will.  It is a question of faith.

The only thing I can say is that in spite of all the social pressures to just give up these foolish arts dreams and do something practical, there are always people who refuse to listen, and we are all richer for it.